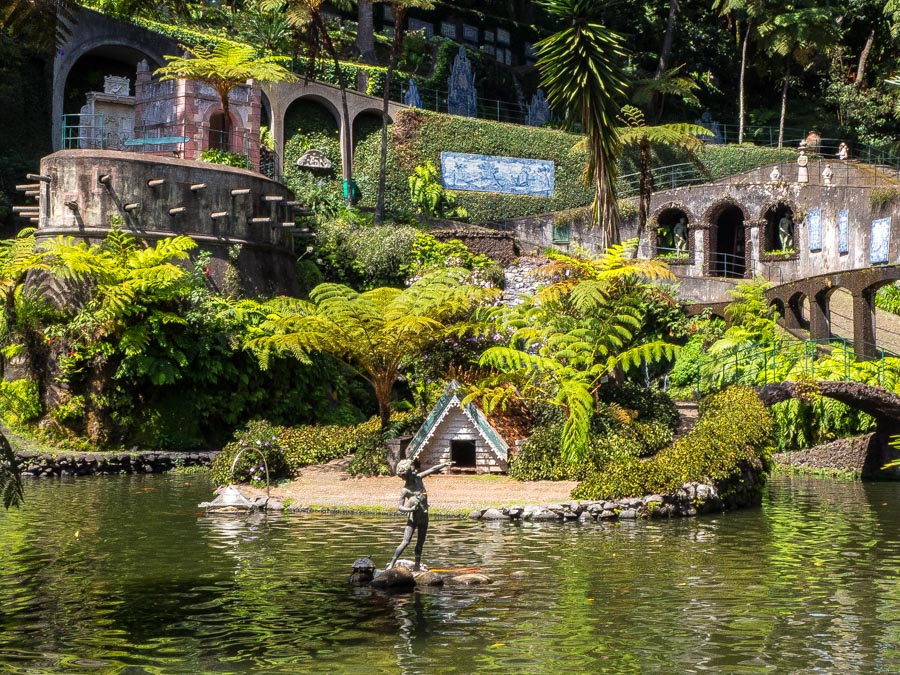 The small village Monte is located high on the mountain above Funchal. In the village, just past the church Igreja de Nossa Senora do Monte, you can find a popular touristic attraction: Monte Palace Tropical Garden.

A SHORT HISTORY OF THE MONTE PALACE TROPICAL GARDEN

Nowadays, the Monte Palace Tropical Garden is a huge public garden complex. But in the 18th century this was a private estate, which was later transformed into a grand luxury hotel. Eventually, in the 1980s, entrepeneur José Bernardo bought the property, to realize his dreams of building a large public botanic garden. He succeeded! The Monte Palace Tropical garden now is a very well-known attraction on Madeira and visited by many people. The garden complex is 70.000 km2. On this surface, you’ll find an impressive collection of exotic and endemic plants and flowers. In addition to this large flora collection, the garden also displays a large collection of art. It is found in one of the exhibition rooms, or surrounded by green, next to the paths in the garden.

We have been to Monte Palace Tropical Garden twice. Both of these times we spend about a half a day in the gardens. The entire complex is really huge and if you really want to explore every inch of it, you really need that amount of time (at the least). It truly is a very beautiful garden, with an enormous diversity of plants and themes. You can really see a lot of effort went into building and maintaining the garden. I really like the vibe of this magical garden! During both of our visits we explored the garden after a few days of demanding mountain hikes. To us, the garden was a very nice place for a relaxing day. That being said, a tour through Monte Palace Tropical Garden is no light walk! If you walk the entire complex, you’ll probably feel your legs at the end of it. And because the garden is built on the slope of the mountain, there’s a lot of stairs and steep paths as well. The height differences really make the garden very beautiful though! 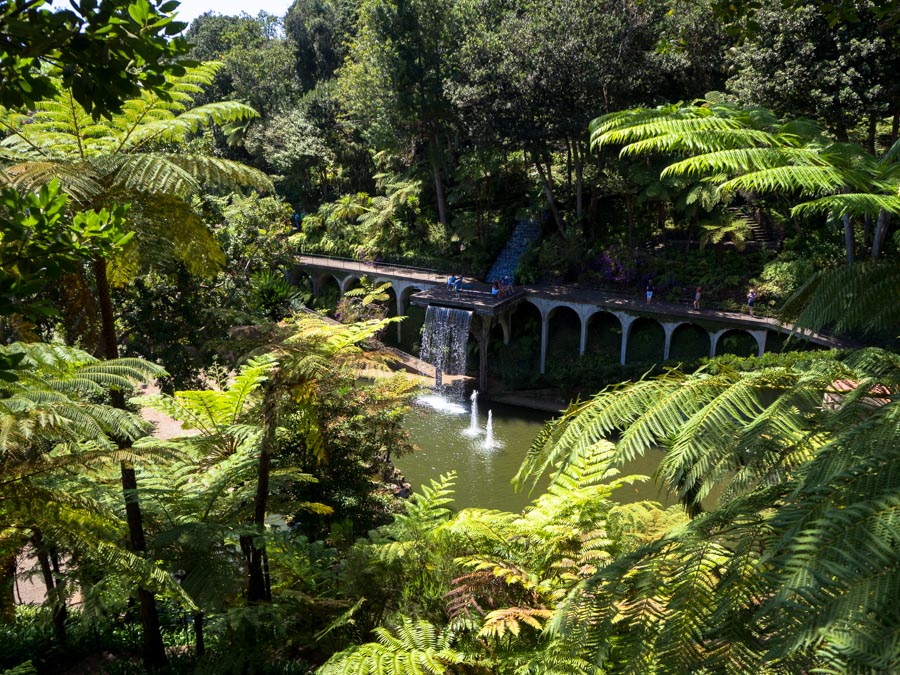 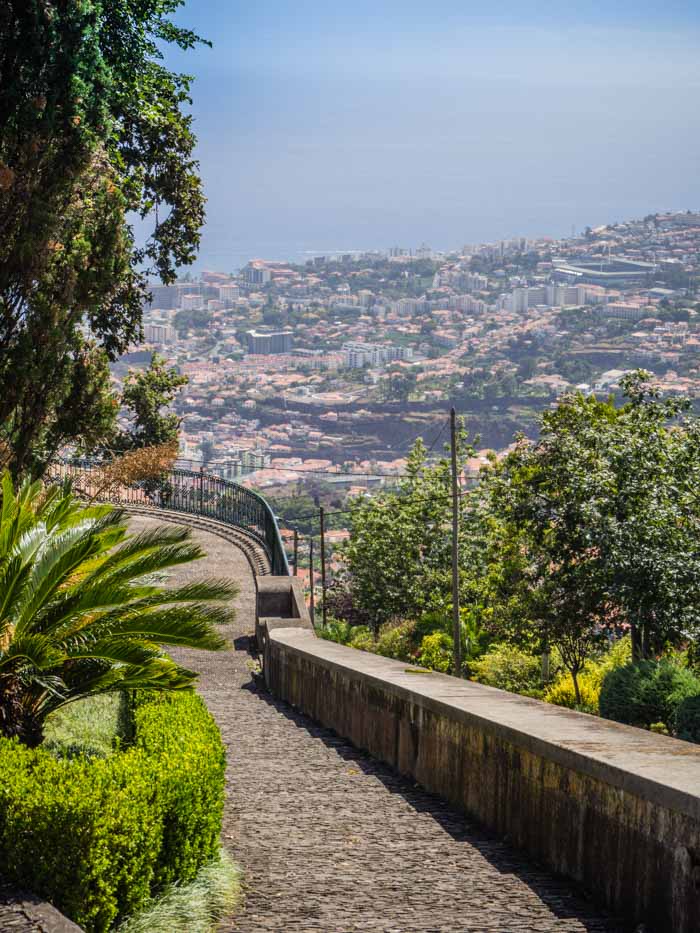 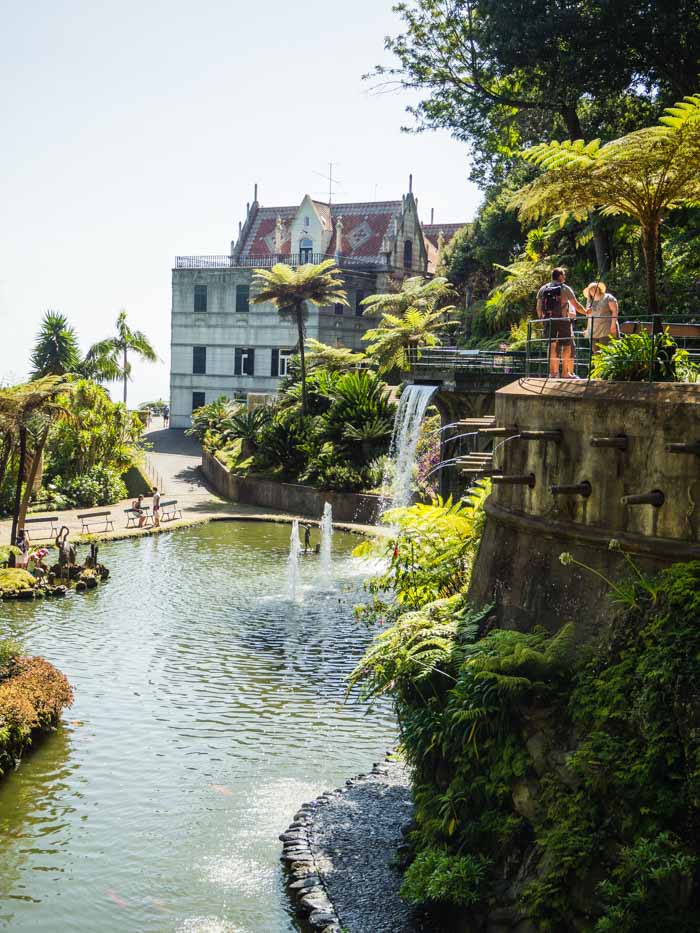 A large section of the garden is inspired by Japanese and Chinese gardening style. In these oriental gardens you’ll find lots of small ponds, a large Koi carp lake, pagodas and buddhist statues and decorations. 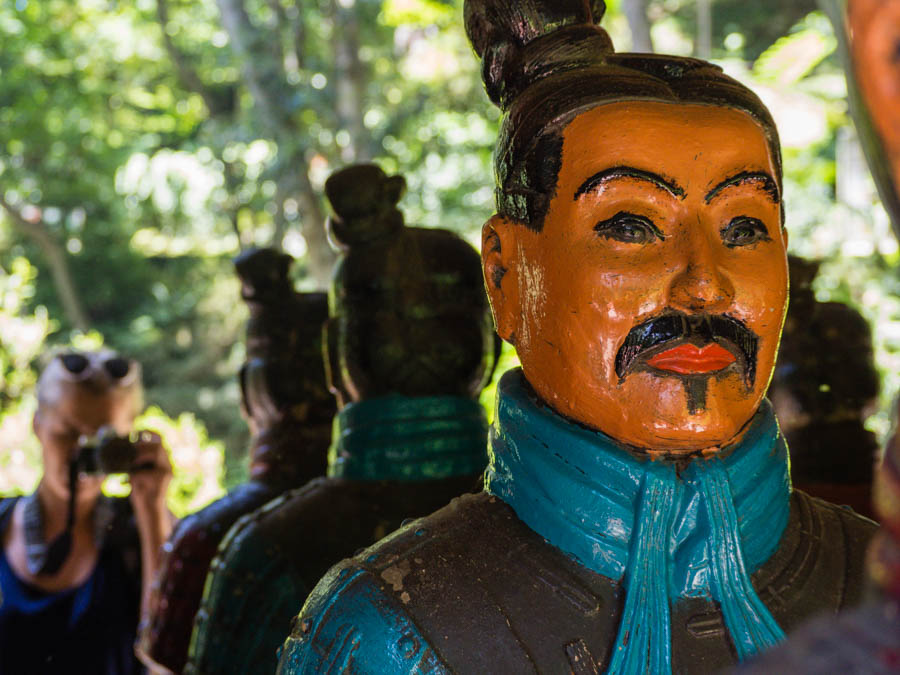 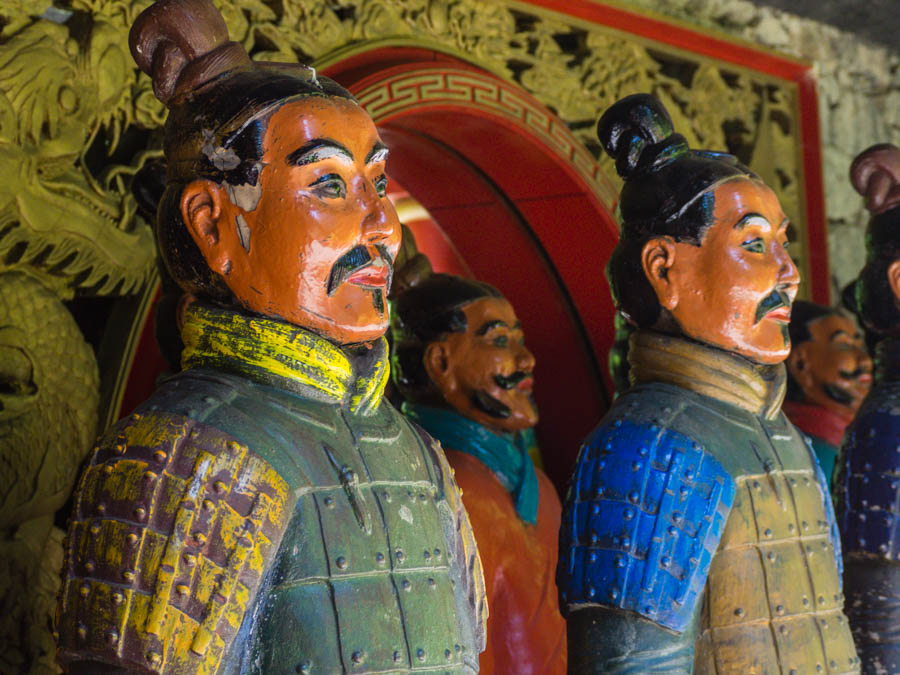 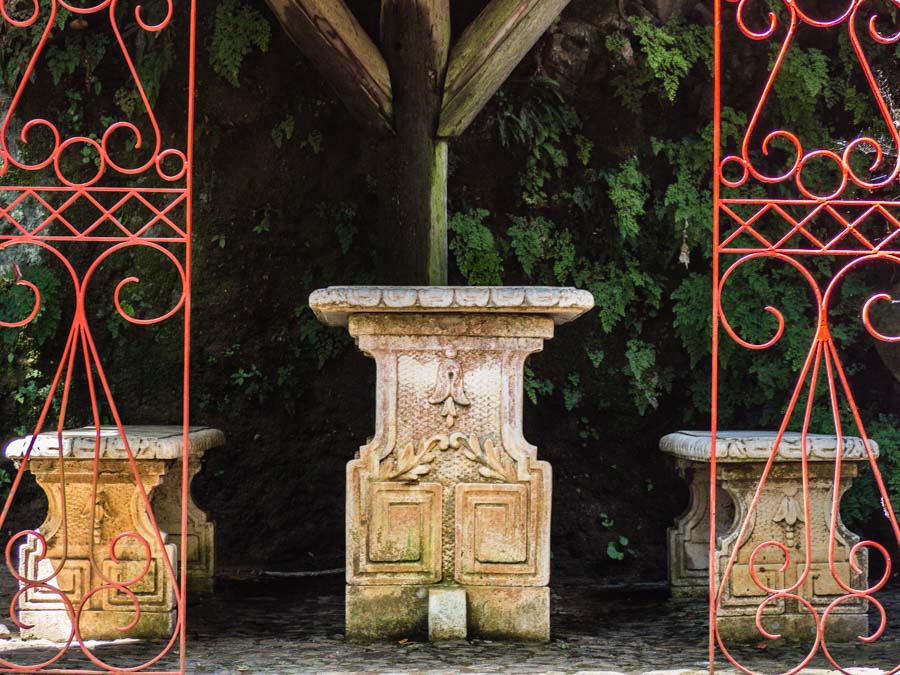 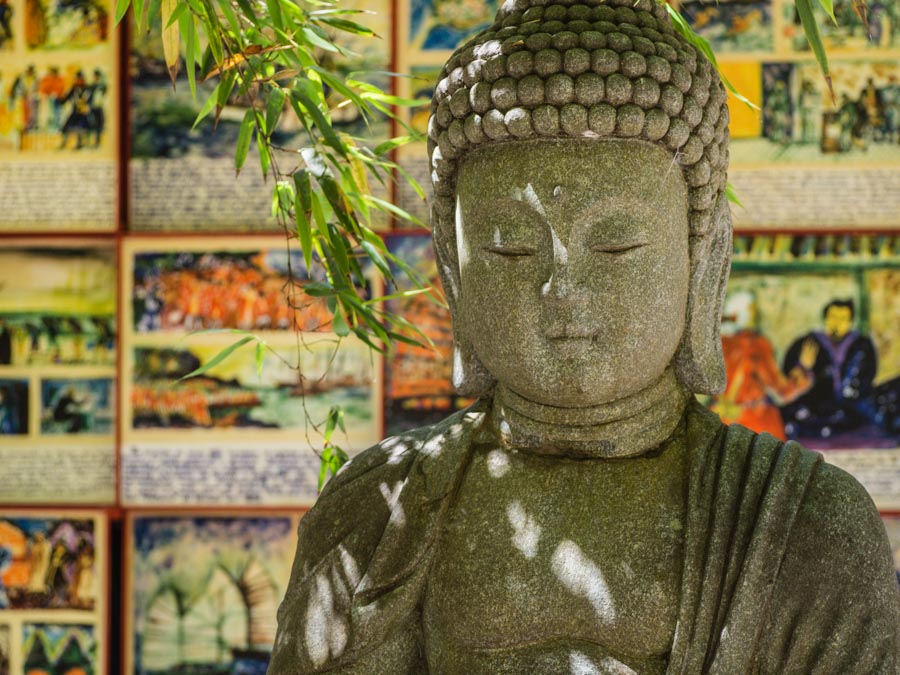 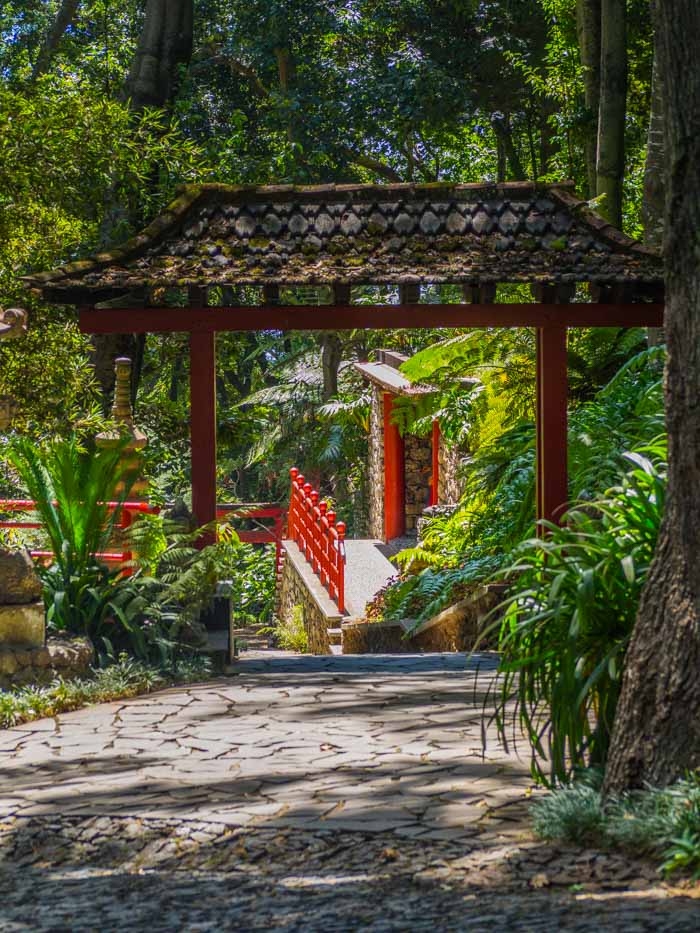 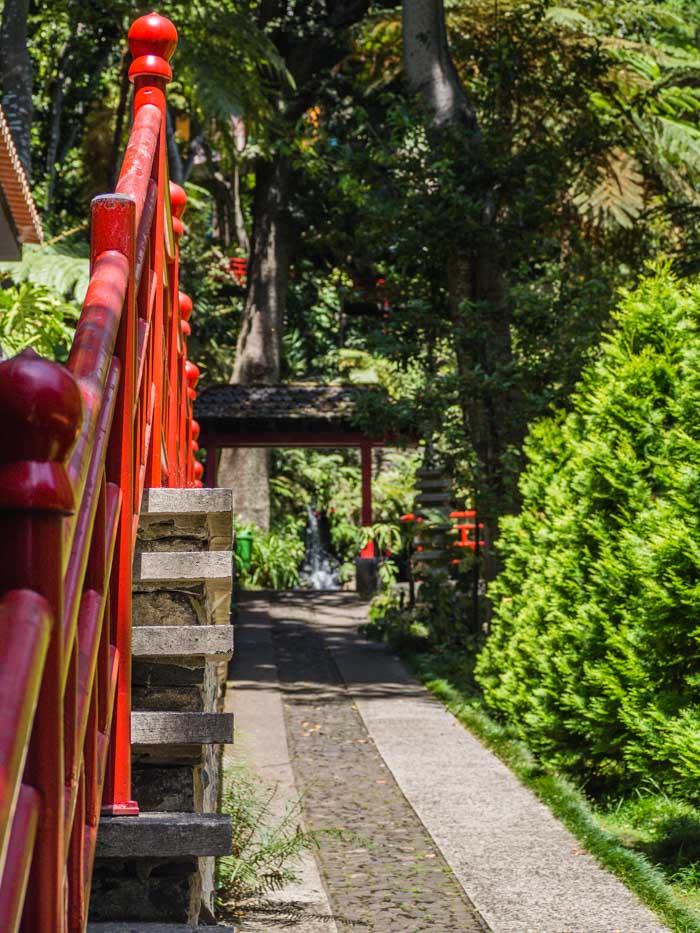 A HISTORY LESSON OF PORTUGAL

Alongside the paths in the upper part of the gardens, large terracotta tiles display important events of Portuguese history. This collection of 40 tiles was made specially for Monte Palace Tropical Garden. 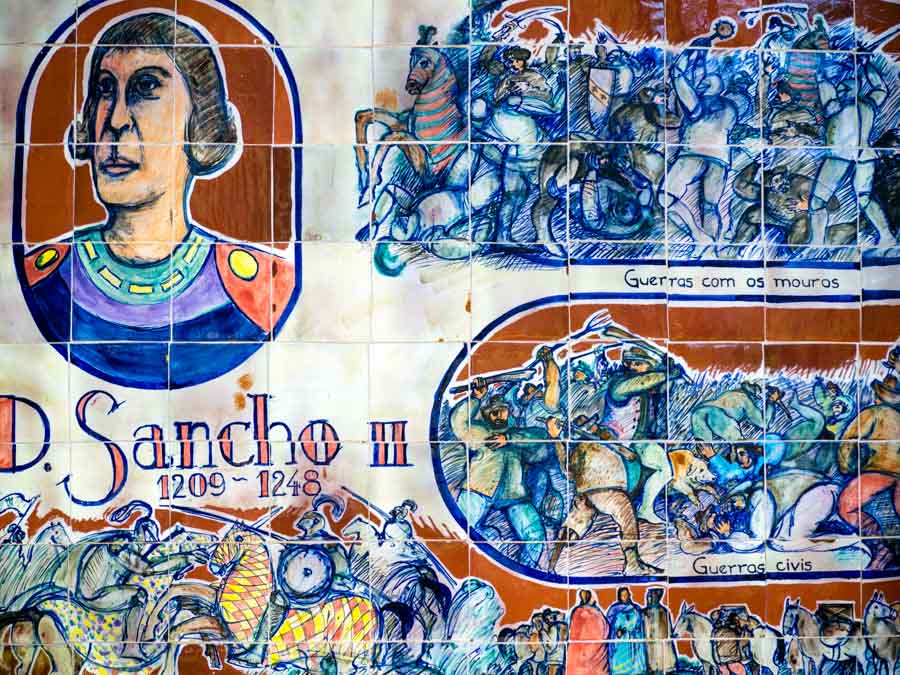 HAVE A BREAK DURING YOUR STROLL THROUGH THE GARDENS

There’s no shortage of benches and sitting areas in the gardens. There are a lot of places where you can stop and have a rest while enjoying great views over the gardens or Funchal and the ocean. In addition, the garden has two small cafes: one in the lower part of the gardens and one all the way up, at the entrance. We visited Greenhouse Coffee Roaster, the cafe in the upper part of the gardens. This cafe is situated in a greenhouse, which looks really nice. We were very happy to order a refreshment on a hot day, while have a great view over the entire garden. 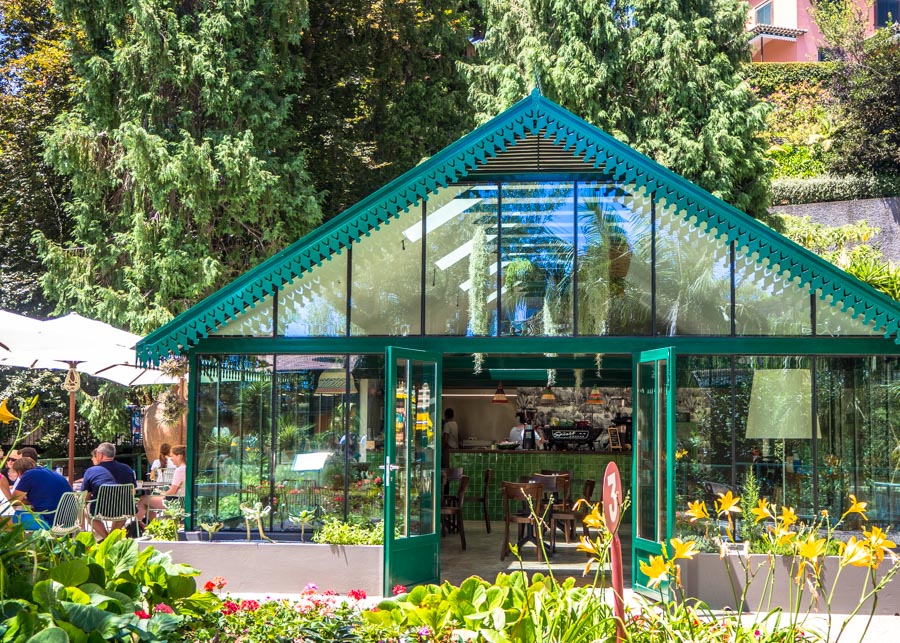 Monte Palace Tropical Garden is open all days, during the entire year, except for December 25th. Visiting hours are 09.30h – 18.00h. Entrance tickets are €15 for adults. Children under 15 years get free entrance. If you plan on going to the gardens by cable car, you can buy a combination ticket for the cable car and the garden. These are sold at the Funchal cable car ticket booth.